Marta Mantovani was born in Rome on September 22, 1987. Lover of art and design in 2001 he obtained a certificate from the Academy of Fine Arts in Rome. It will be her grandmother, Anna Russo, who will pass on her passion for fabrics and tailoring. After finishing high school he continued his studies in Paris at the ESMOD fashion academy, obtaining in 2008 the diploma in the specialization “Nouvelle Couture” (Haute Couture). He immediately starts working at Yves Salomon where his ideas will be taken up to create many garments of the Maison and of the brands for which he works, such as Yves Saint Laurent, Dior, Prada, Louis Vuitton, Marc Jacobs, Miu Miu, Jean Paul Gaultier. After this work experience, she launches into the creation of a collection of high fashion clothes, in collaboration with the jeweler Paulin Bedou. In March 2012, Marta becomes head of the modeling and production sector of the Parisian luxury brand Rowena Forrest. At the same time he participates in and wins the Bespoke by Le Cuir à Paris competition which will allow him, in September 2012, to have his own space in the Cuir à Paris hall where he exhibits his technical creations in leather and fur such as 3D weaving and Fur effect leather. Finding some success and receiving more and more demand, he decides to leave Rowena Forrest to devote himself entirely to textile creation, which has now become his only passion. Marta Mantovani currently works in collaboration with luxury houses such as Ralph Lauren, Chanel, Stephan Rolland, Calvin Klein, Delada, Victoria Beckham, Loewe and Perrin Paris. 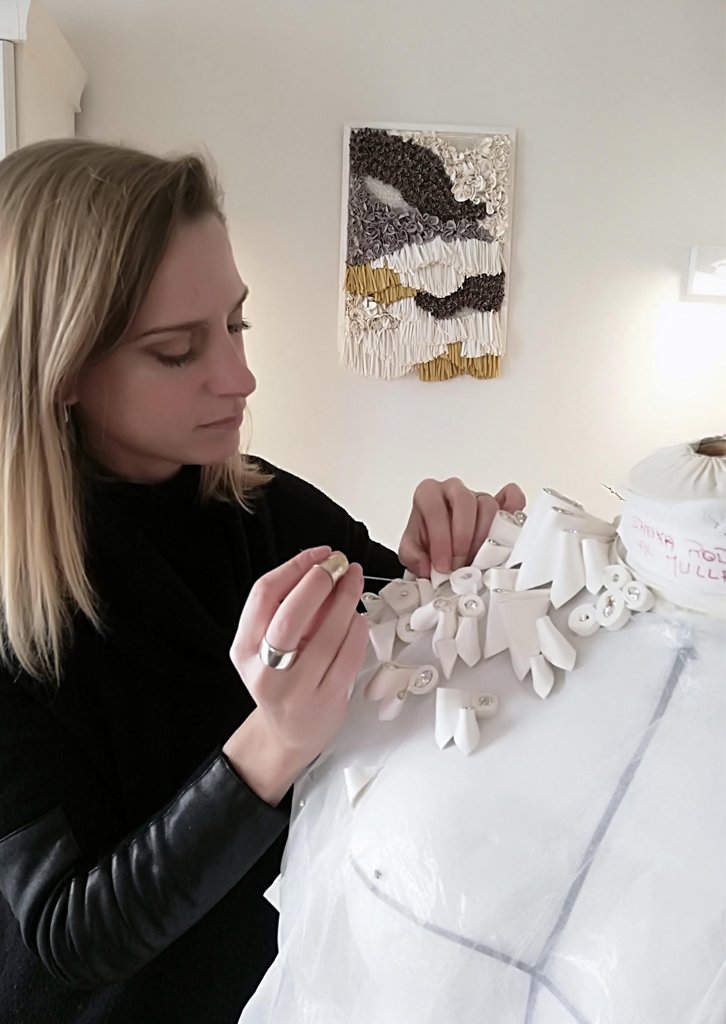